I wrote this piece after watching Senator Rick Santorum, a former presidential candidate, deny that “systemic racism” existed in the United States. This was while he was speaking on CNN about President Donald Trump’s reluctance to condemn the actions of hate groups in America.  The Pennsylvanian senator’s denial speaks to a tremendous hurdle our nation (particularly, white Americans) must overcome: owning America’s legacies of genocide and racism. 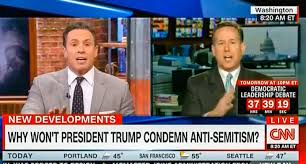 How can you deny systemic racism?

The argument is intact.

Give this country back-

No wonder why we’re “off track!”