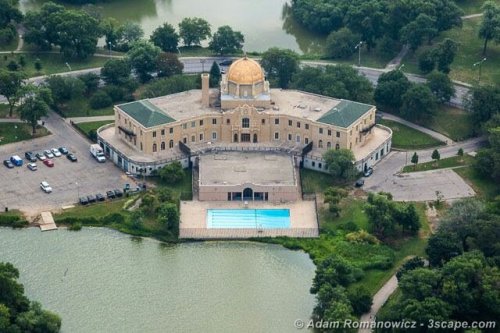 The following is an excerpt from the 2017 budget recommendations submitted by the Garfield Park Advisory Council to the Chicago Park District on June 17, 2018:

The (Garfield) PAC… expressed the community’s concern for the lack of stationed CPD security, at the Gold Dome Field House (particularly during its peak hours). This is an affront to our community’s long-standing Black African-American residents, who are keenly aware of the fact that guards are stationed and parked at the Conservatory. It is no secret that most their patrons are White, and from outside of our neighborhood (and the city). The racial and class implications of this unofficial policy of neglect are an embarrassment and echo the CPD policies that prompted the 1983 Consent decree! The Garfield PAC demands that CPD invest some of the additional two million dollars it has for security into addressing this disparity in Garfield Park by hiring CPD security personnel to be stationed at our field house.

This open letter to the park district’s

‘Cause their “timely manner” hasn’t been “quick.”
This legacy of gross disparity:
Priv’ledged tourists safe under glass ceilings;
While poor natives wait for bigger budgets.
“S.S.D.D.” explains the hurt feelings.
Racism’s “messy” better not touch it-
But the writing on the wall’s screaming it!
Ev’ryone knows where the white people go.
Three-to-one is how security’s split.
¿Can’t you protect plants, and black children- no?
Thanks, Patrick Levar and Michael Kelly.
Garfield PAC President, Keith M. Kelley.